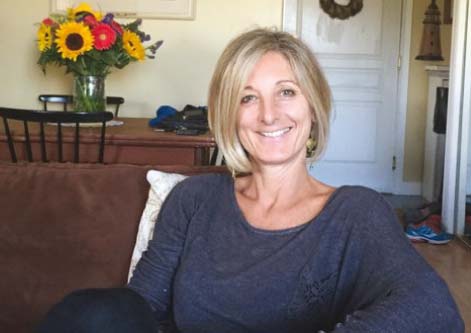 Tronie was born in England and spent much of her youth in Kenya, East Africa. She has travelled extensively and worked in South Africa, England and Germany.

She received her Montessori Diploma in 1991 and in 1994 she moved to Germany and for 6 years taught 2 ½ to 5 year-olds in an English Preschool in Dusseldorf. Tronie later took on the management position and then became the Director of the school.

In the year 2000 Tronie moved to Victoria and received her Early Childhood Education (ECE) Certificate in September, 2002 and worked for a year with the 3 to 4 year-olds at the University of Victoria Child Care services.

The opportunity arose to purchase the property at 1340 Balmoral Road and Tronie opened Nightingale Preschool and Junior Kindergarten in January 2003.

In May 2008 Tronie was one of 15 Early Childhood Educators who were selected throughout British Columbia to receive the “Child Care Awards of Excellence”.

In May 2011 Tronie received an Award titled ‘Child Advocate of the Year’ through the ‘Success by 6 Early Years Awards’ held in Victoria and Nightingale Preschool and Junior Kindergarten was nominated the “Favourite Preschool of the Year” at the same event.

In October 2012 Tronie received the Prime Minister’s Award – a Certificate of Achievement from the Prime Minster (in recognition for excellence in Early Childhood Education) and Nightingale Preschool and Junior Kindergarten received an Award (in recognition of outstanding support for excellence in early childhood education). These awards were presented in Ottawa but unfortunately, Tronie was unable to attend the ceremony. However, the certificate was presented to her at a Nightingale Festival here in Victoria in December 2012.